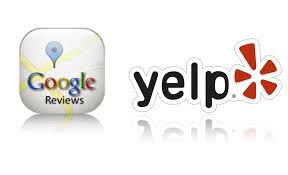 Referring to the process as “astroturfing”, the article details the sting by the New York State Attorney General. The AG set up a fake yogurt shop in Brooklyn, then approached search engine optimization (SEO) companies, asking for assistance in combating negative on-line reviews.

The SEO companies did what many unscrupulous SEO companies do – they flooded the Internet with positive reviews for their client business. In one case, a company called Zandel posted over 1,500 fake reviews on websites such as Yelp and Google Places. The AG viewed these false positive reviews as false advertising, and charged the companies accordingly. The cases were all resolved with “assurances of discontinuance” and fines ranging from $2,500 to $100,000.

The article lists a number of non-SEO businesses that were also fined, but does not explain the link between them and the fake yogurt shop scam. I am guessing that once the AG determined which identities were being used to post the fake reviews for the yogurt shop, it was a simple matter to see which other businesses received reviews from those “reviewers”. The fact that many of these reviewers were in Bangladesh and the Philippines made clear that they were not real customers of the businesses.

I applaud the efforts of the New York AG’s office in exposing the problem of false reviews, but I think they approached it from the wrong angle. To use an admittedly strange analogy, it’s the classic issue of whether you should go after the prostitutes or their customers if your goal is to discourage prostitution. Bear with me.

It has been estimated that as many as 20% of reviews are fake. Just as the prostitutes are only there because there are customers, the temptation to post false positive reviews comes in part from the need to combat the false negative reviews. Picture the boxer who scrupulously avoids hitting below the belt while his opponent pummels him in the groin. His adherence to the rules is the right thing to do, but you can imagine the frustration. (I’m just full of analogies today.)

False positive reviews are bad, but I submit that false negative reviews are far worse. When a business posts a fake positive review, that review may be entirely true and even based on a real customer experience. It is fake because it is not written by an actual customer, but it may not be misleading beyond the identity of the poster. In other words, if a steakhouse posts a review from a fictional customer, saying “I love the steaks here,” chances are some customers really do love the steaks there but never got around to posting a review.

On the other hand, when a company posts a fake negative review about their competition, the “reviewer” is creating an entirely fictional negative experience with the business, and there is no reason to believe that any customer actually had that negative experience. Using our steakhouse example, if the false negative review says, “my steak was cold and was mostly gristle”, that may never have occurred and unlike the false positive review, would be totally misleading.

If a government agency is going to spend our tax dollars trying to protect the sanctity of Yelp reviews, I hope that at least equal time will be spent addressing all the false negative reviews.